Should vaccine advertising aim to preach to the converted or to the unaware?

Vaccines are likely the most effective public health intervention ever devised, preventing millions of deaths every year. However, getting people to vaccinate can be a challenge, and it is not just about overcoming vaccine hesitancy. Many people are unaware that they should vaccinate, and when they are aware, they do not know how to find a convenient location to obtain the vaccination.

In our paper (published February 11th, 2020) we focused on nudging people to vaccinate through online advertising, specifically, search advertising. This medium has been used to promote public health in the past, for example to encourage smoking cessation, weight loss and reduce harms from eating disorders.

In search advertising, ads are shown when people search for keywords selected by advertisers. In our paper we asked, should vaccine advertisements use keywords that indicate that people are already thinking about vaccination or to people who should be vaccinated, but are unaware of this fact?

To answer this question, we conducted a pre-registered online ads campaign encouraging people to vaccinate against one of three diseases: influenza (i.e., flu), human papillomavirus (i.e., HPV), and herpes zoster (i.e., shingles). We chose our keywords from a large range of topics, some which were closely related to the vaccine (e.g., “flu shot”) which indicate that a searcher knows about the vaccine and is looking for some further detail such as location before getting it, and some almost entirely unrelated (“pumpkin recipes” for the flu vaccine campaign) which provides no indication if the searcher knows about the vaccine, their eligibility for it, or any further details of how they may get the vaccine. Critically, this latter group of keywords were chosen so that they might be searched by the population which should vaccinate, even if they were searching for other topics at that time.

Therefore, some ads were shown to people who were already thinking of vaccinating while others were shown to those who should vaccinate but are, perhaps, unaware of this fact.

Our ads were shown to approximately 69 thousand people and were compared to similar ads shown to 8.6 million other people. We measured whether people clicked on our ads, which were written  to encouraged vaccination. We also examined whether people who saw our ads (or the controls) were more likely to search for vaccine-related terms later. These two behaviors were used as proxies for vaccination.

When we analyzed our advertising campaigns we found that both groups were influenced by the ads. The first group (those who were aware) increased the likelihood of clicks and future searches by up to 116%. We refer to this as a congruence effect. We also noticed that most commercial vaccine advertising is aimed entirely at this population.

The second group of people (the unaware) could be encouraged to click on the ads and, more often, search for the vaccine at a later time. We call this a priming effect. Essentially, these are people who searched for pumpkin recipes and saw ads for the flu vaccine. After (hopefully) finding a good recipe they searched for the flu vaccine having now become aware that they should vaccinate. It is difficult to directly compare the effect on this group that otherwise would not have clicked on the links. Almost by definition we observe a meaningful amount of impact from this priming effect.

Therefore, there are two effects that advertisers can utilize to increase vaccination awareness. These effects need to be balanced if a public health authority wants to optimize its advertising budget for promoting vaccinations. In our paper we provide an analysis for how this should be done, balancing the two populations and the budget devoting to each. Indubitably the congruence population, at the bottom of the conversation funnel, is safer (and as noted above, way more common) population for campaigns. But the price of the cheapest set of priming keywords (where there is an expansive set of possible keywords with diverse pricing) just needs to have a higher expected return per dollar than the cheapest set of keywords for illness or vaccine related options (which is much more limited in scope of options) for priming to be cost-effective. And, keywords later in a conversation funnel, branded keywords in particular, are more generally expensive. This provides a lot of promise to this option.

Our finding demonstrate that digital advertising campaigns should consider not just advertising to direct keywords or to individuals that look exactly like existing customers but consider tangential keywords that draw a wider target population who are likely earlier in their conversion funnel, thus increasing the number of people who vaccinate and maximizing vaccines uptake. 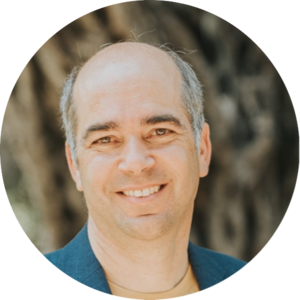 npj Digital Medicine Community
We use cookies to help improve your experience. By continuing to browse our website you are consenting to our use of cookies.
Learn more