Through rapid advances in AI, we have for the first time the ability to measure cognition and mood passively, ecologically and continuously using digital data from smartphone use. The implications to the future of healthcare are likely to be very significant.

In 2009 I was the chief technology officer of a cybersecurity company that was among the first to develop what is today known as behavioral analytics in cybersecurity, a state of the art technique for detecting bad actors. This approach uses a broad array of digital information collected from a user and creates a digital fingerprint of that individual. In 2012, our company was acquired and shortly thereafter I set off to bridge my two passions, medicine and technology. I was inspired by the idea that the digital data we generate when we use a smartphone would create an interesting digital fingerprint. While some portion of that digital fingerprint was undoubtedly idiosyncratic, the idea that it may also contain information that was representative of cognitive ability and disability excited me. At that time, when two billion people used smartphones, the possible implications to healthcare seemed endless.

I started to spend more time at Stanford to learn what was new in neuroscience since my departure from surgical residency in 2000. It was apparent that there was a growing need for better measurement in psychiatry and CNS disorders. We had awakened to the chronic nature of these disorders that would need reliable serial measurements for better prognosis and prediction. In psychiatry, we needed to move beyond a phenomenological classification of heterogeneous disorders to trans-diagnostic, objective measures.

Health and disease in medicine have always been a continuum. We set arbitrary cut off points to disease states that evolve as we improve our prognostic understanding. What we consider hypertension today is very different from what it was 20 years ago. But our understanding continues to be limited by the episodic nature of our clinical measurements when their variability may be what is important. Understanding variability is possibly no more important than for the brain, the organ whose functional homeostasis is least regulated. Mood and cognitive function vary widely from day to day and intra-day. That variability depends on a host of environmental and medical factors, and can be an indicator of health and disease. Reliably measuring mood and cognitive state was an important first step in improving our understanding of brain health and disease.

Eager to get started, I created an app for Android smartphones that captured the data we generate when using a smartphone. I funded two IRB observational studies. Participants were recruited through social media advertisement and completed a three-hour neurocognitive assessment by a psychometrician. Following the assessment, the app was installed on their phone and ran silently in the background. The app captured data passively for an entire year on each participant that included human-computer interaction data, GPS, sensor and sociality data such as daily volume of email, SMS and phone calls. While the GPS, sensor and sociality data in this population revealed very little, the human-computer interaction data showed astonishing findings. That is the topic of the paper “Digital biomarkers of cognitive function”.

In the journey from a boot-strapped moon shot to today, I have been fortunate to have the support of a few visionary individuals. Dr. Leanne Williams from the Department of Psychiatry at Stanford incorporated the Mindstrong app in an NIH grant in 2015 that led to a number of exciting findings between the biomarkers and neural circuit activity. Greg Vontz, CEO of Blackthorn Therapeutics signed the first commercial application of the biomarker platform for a phase II clinical trial for depression. But the greatest catalysts to propel this early stage venture into a healthcare company that would reimagine brain health have been my co-founders Dr. Rick Klausner, prior Director of the National Cancer Institute, and Dr. Tom Insel, prior Director of the National Institute of Mental Health. 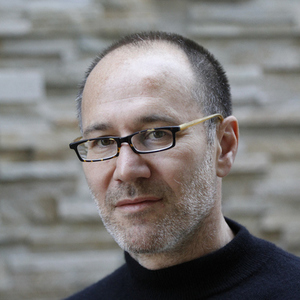 Paul Dagum, MD, PhD is a computer scientist, physician and entrepreneur. His research interests span three decades of work in AI and medicine that include digitizing the brain using human-computer interaction patterns.
Follow

Such interesting work! My colleagues and I have a similar vision for assessment of physical function (ambulation for now) in neurological disorders... perhaps we'll identify human-environment interaction patterns?